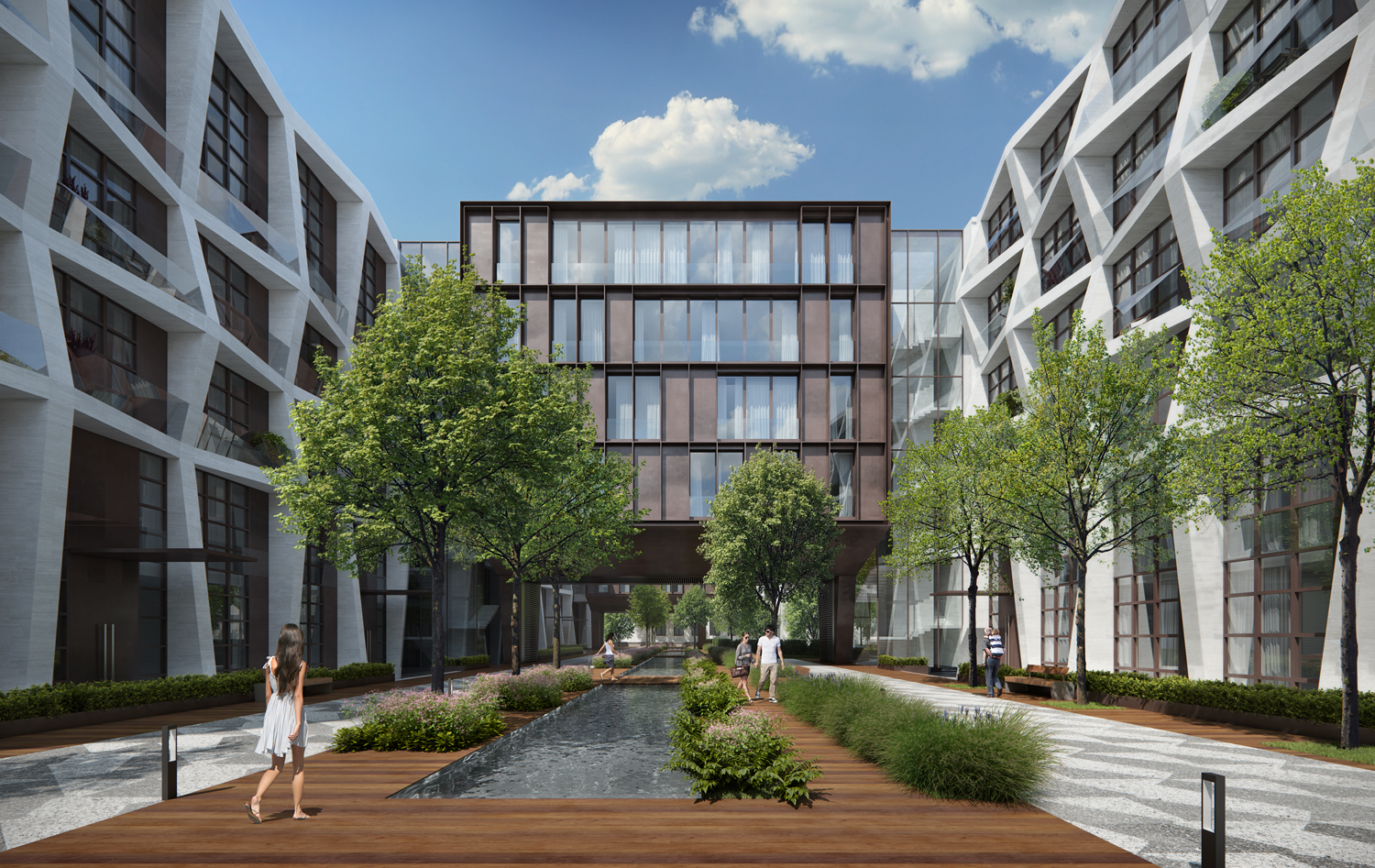 Architects of invention, EU + OPEN AD, EU will be engaged in the project of a new residential complex in the center of Moscow.

In March the Project of a new residential complex ORDYNKA. CLUB HOUSES COMPLEX was presented. The buildings of the former Factory named after Marat were taken as a basis for the Project – they will be carefully renovated and will retain its historical appearance. In contrast to the buildings, the facades facing the courtyard have an emphatically modern design: polylines, picture windows, large modules of white architectural concrete, natural stone and anodized copper which give the whole complex a guaranteed modern character. In addition, the ensemble ORDYNKA CLUB HOUSES COMPLEX will include two town mansions of the XVIII-XIX centuries.