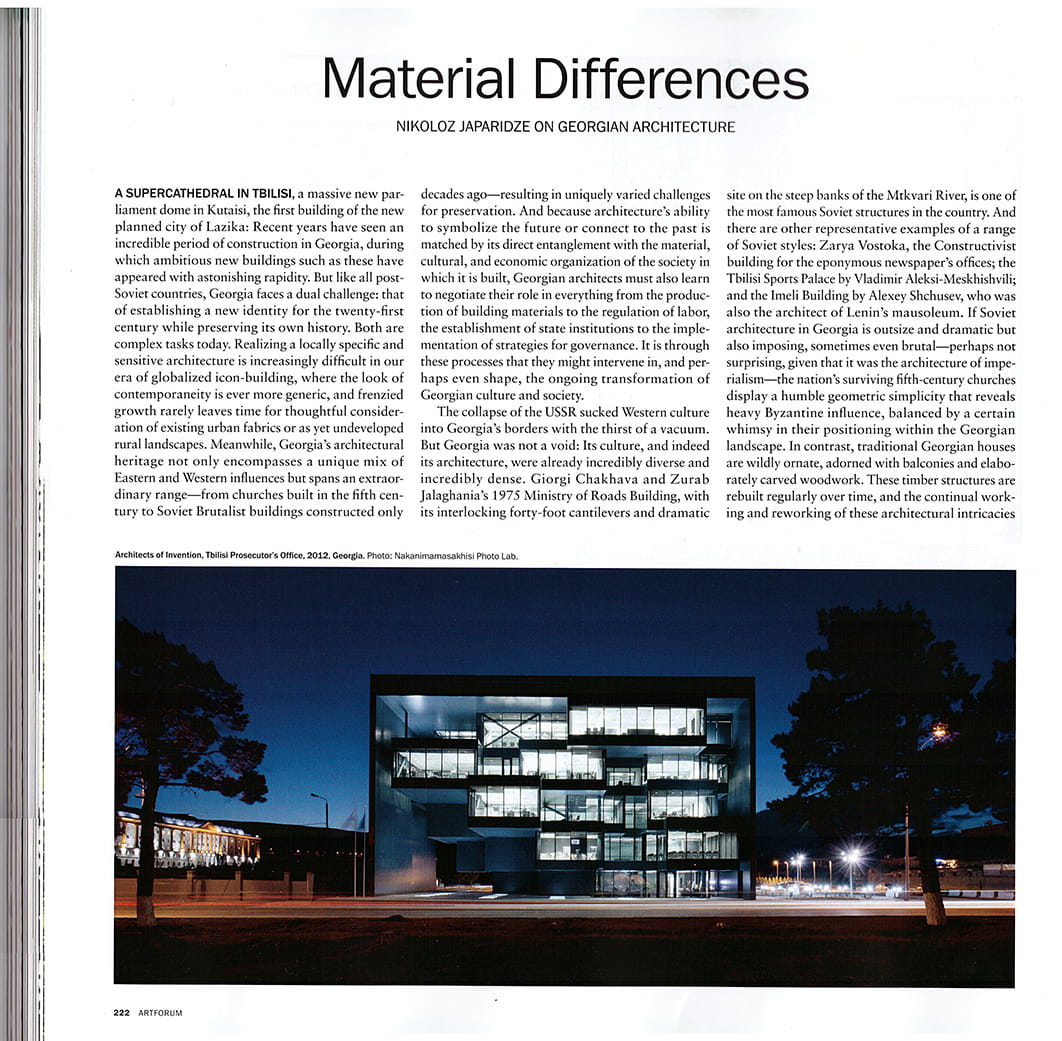 Nikoloz Japaridze - Material Differences. article about Georgian and Post-Soviet architecture. Read in Artforum Inprint Issue April 2013
A SUPERCATHEDRAL IN TBILISI, a massive new parliament dome in Kutaisi, the first building of the new planned city of Lazika: Recent years have seen an incredible period of construction in Georgia, during which ambitious new buildings such as these have appeared with astonishing rapidity. But like all post-Soviet countries, Georgia faces a dual challenge: that of …