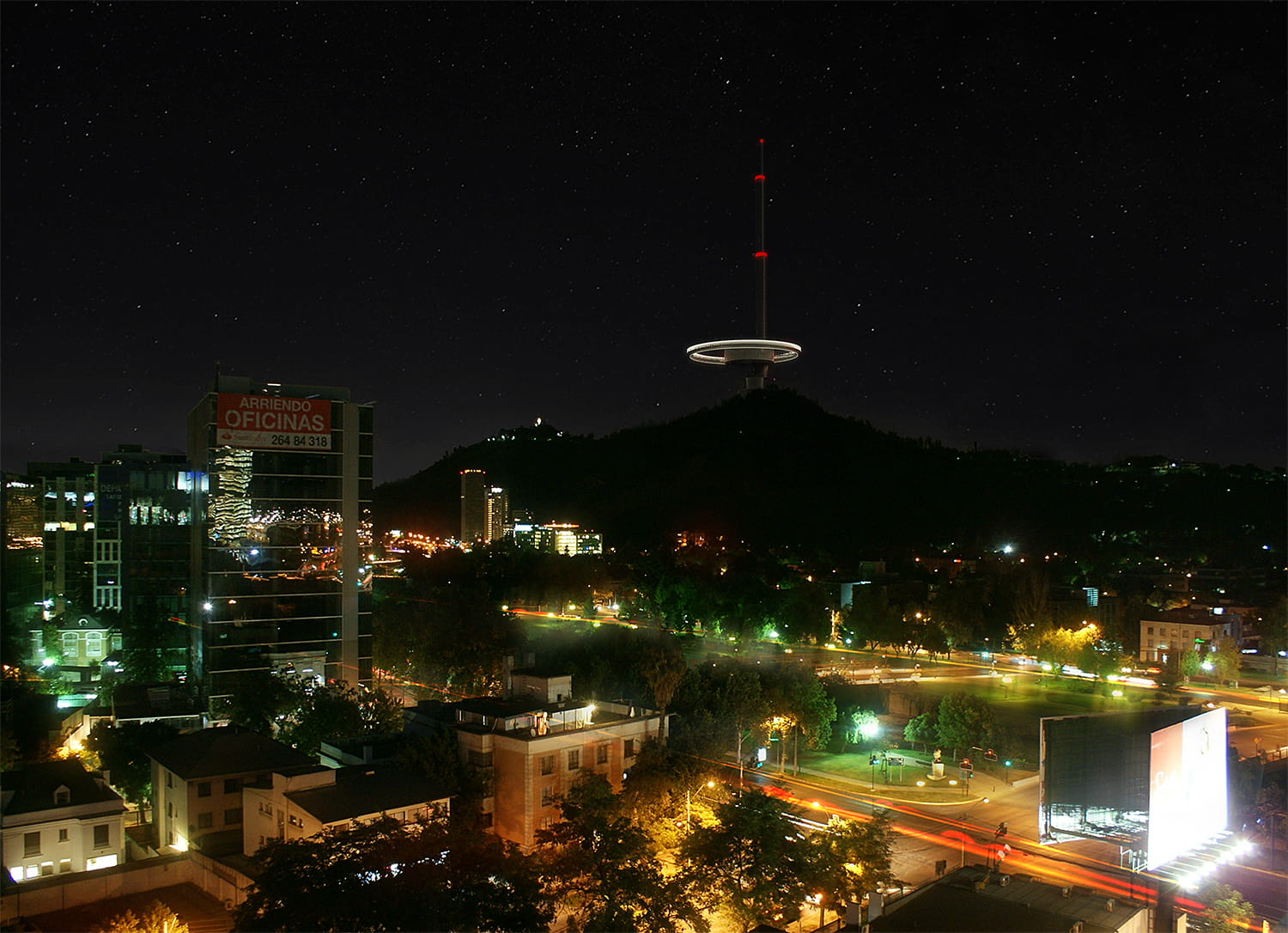 Concept
The concept of this tower suggests the volcano and optical phenomena such as the halo and the sun pillar. The ideas originate with the early modernists such as Rodchenko, Tatlin, Yakov Chernikhov and Malevich.
Chile has an enormous amount of active volcanoes and this tower evokes that seismic dynamism with its smoke-plume vertical extension that seems to twist and rise. Likewise, the light emitted at night by the viewing platform is reminiscent of the wide glow from an active eruption.
The relationship of the tower to the statue of Saint Mary is important also in that the horizontal emphasis does not represent a dominating presence but rather a shared mountainous space.
The viewing platform also suggests an optical halo – which seems to float in the sky, suspended only by cables. At night, the halo-like shape hovers above the mountain peak with only a series of red lights shining above it. The halo has always been considered as a feature that highlights and inspires awe, in phenomena as far-reaching as weather patterns, photography, painting, the physical sciences and religion.  This tower, with its strong and simple design is unlike any other tower in the world. This presents a potential for iconicity in a global metropolis such as Santiago.
The tower is organised as a vertical displacement of the programme emphasising its horizontality rather than verticality. Its homogenous materiality refers to its sculptural nature rather than simply suggesting its functional form - it combines the motivations of both as a landmark form and a functional communication tower.The significance of its form is dominated by a large 80-meter diameter ring hovering above the mountain peak. At night, the illuminated ring acts as a halo around the mountain peak, mitigating its functional significance with a subtle presence in the night-time panorama.