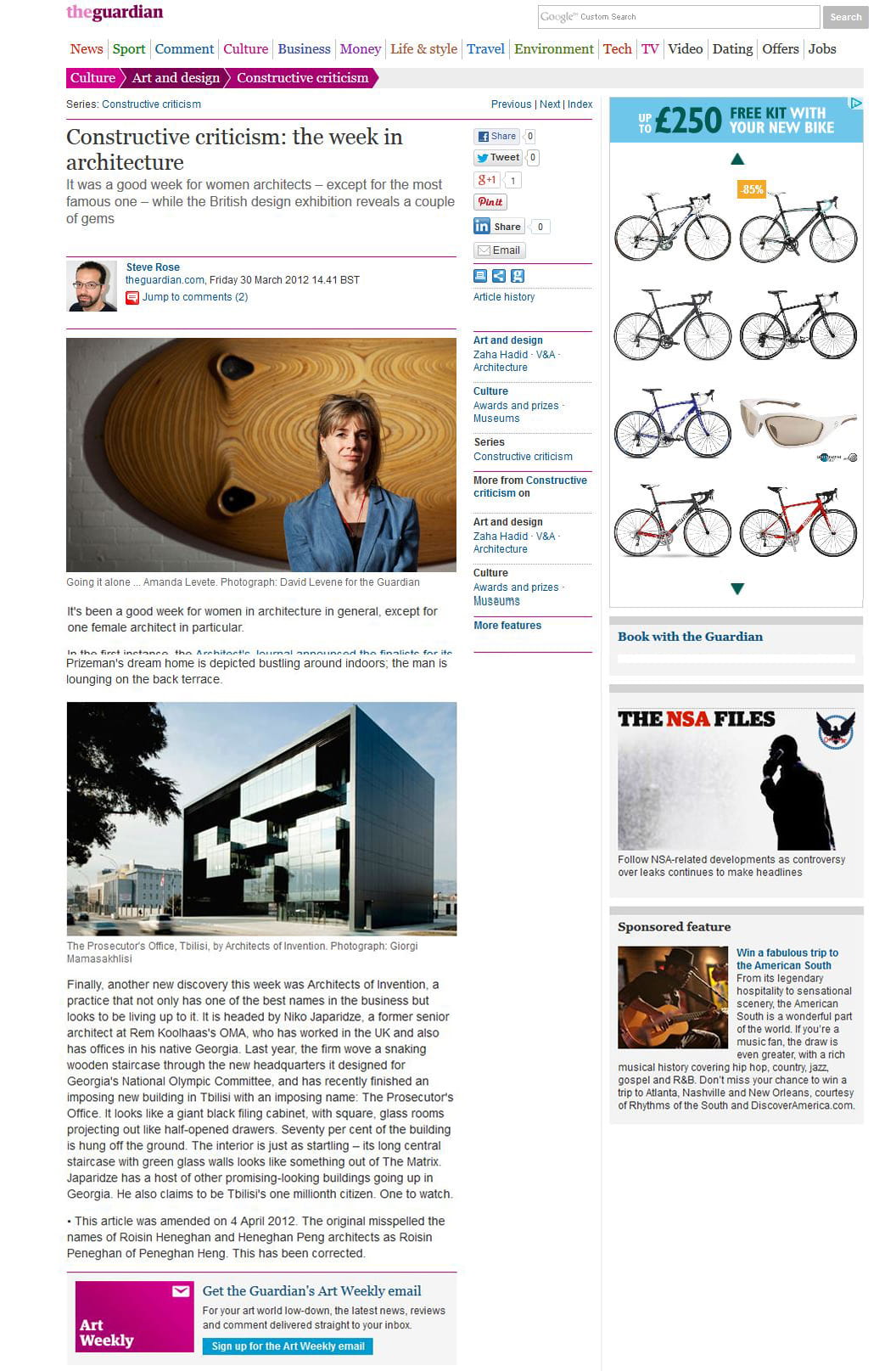 Guardian - Constructive critisism: the week in architecture by Steve Rose.

The Prosecutor's Office, Tbilisi, by Architects of Invention

Finally, another new discovery this week was Architects of Invention, a practice that not only has one of the best names in the business but looks to be living up to it. It is headed by Niko Japaridze, a former senior architect at Rem Koolhaas's OMA, who has worked in the UK and also has offices in his native Georgia. Last year, the firm wove a snaking wooden staircase through the new headquarters it designed for Georgia's National Olympic Committee, and has recently finished an imposing new building in Tbilisi with an imposing name: The Prosecutor's Office. It looks like a giant black filing cabinet, with square, glass rooms projecting out like half-opened drawers. Seventy per cent of the building is hung off the ground. The interior is just as startling – its long central staircase with green glass walls looks like something out of The Matrix. Japaridze has a host of other promising-looking buildings going up in Georgia. He also claims to be Tbilisi's one millionth citizen. One to watch.