The Wall Gallery offers a platform for artists and architects to investigate, experiment and construct.
The artists and Architects are invited to work around the physical and metaphorical aspects of the wall, taking into account the existing structure at the Wall Gallery. At the Wall gallery we would like to invite artists to create a wall of profound imagination, a wall that is an object as well as a subject; a wall that can be present or absent, a wall that is there to contemplate and admire.
The dichotomous nature of the Wall challenges interpretation and conception of the subject/object. The oxford Dictionary defines WALL as a defensive structure enclosing a city, castle, etc. or an embankment to hold back the water of a river or the sea. The wall as a simplest component of an architectural form is associated with the first settlers who sought shelter from predators and natural causes. The walls of existing structures have also since created a perfect environment for producing and preserving the first artifacts.The first drawings remaining to this day are the Paleolithic depictions of hand prints and stick legged animals on the walls of Maros on Sulawesi Island, Indonesia.

The walls have been used to decorate churches and public sculptures. (Gombrich).

Walls have been there to create ornaments to worship the Ancient Egyptian gods.

The walls have told the stories of Assyrian battles and Ancient Greek Myths. (British Museum friezes)

The wall is also defined as a place or means of torture.

The walls have witnessed suffering, isolation, and execution.

The walls have been there to separate and protect.

The walls have been created for privacy and for punishment.

The walls have been necessary to collect and contain.

The walls as a result have acquired numerous meaning whether physical and metaphorical. 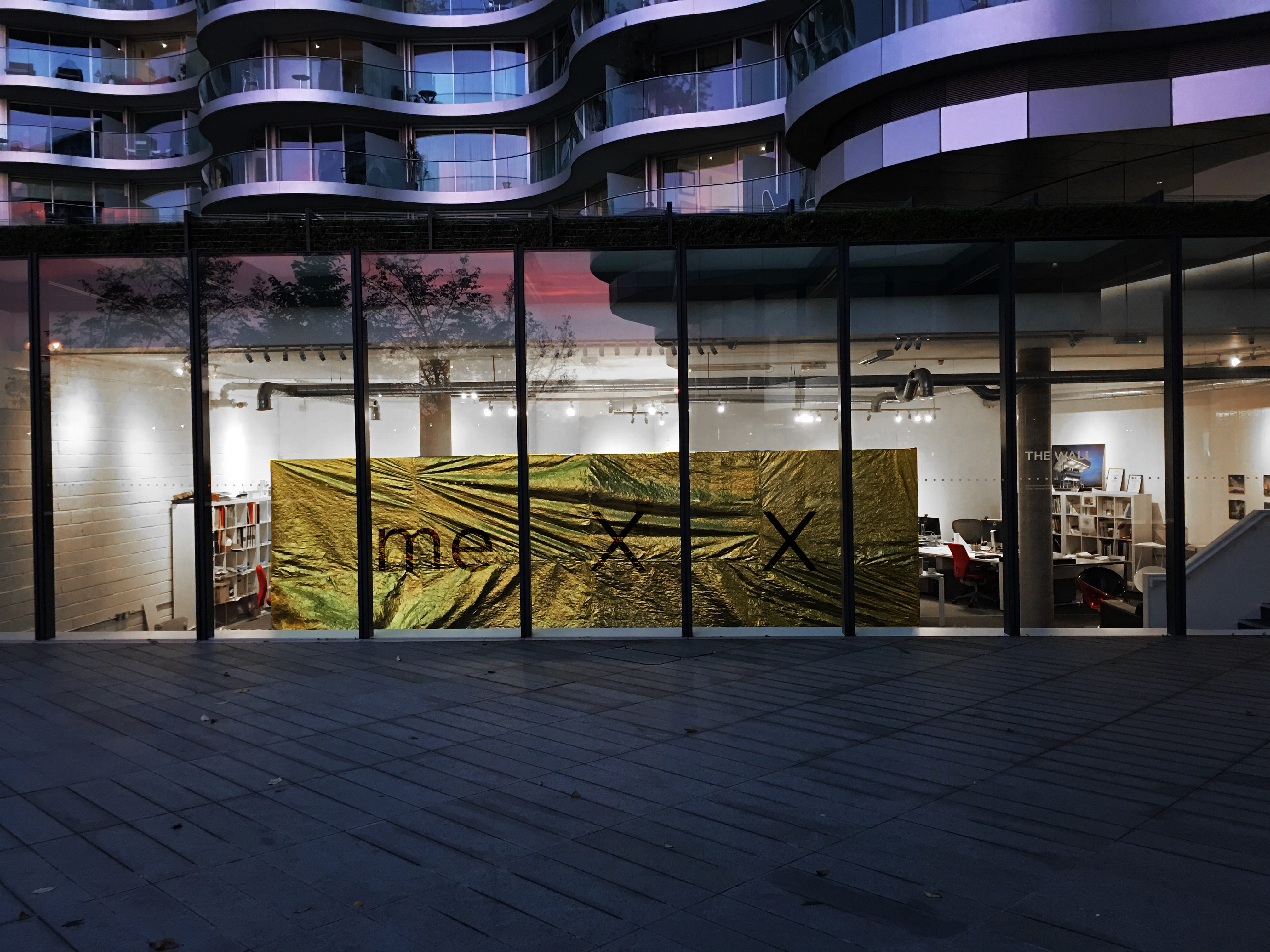 Heat Reflective Emergency Blanket Survival Blanket installation - me X X; me I am; me my self; me is here; me is now; me is present; 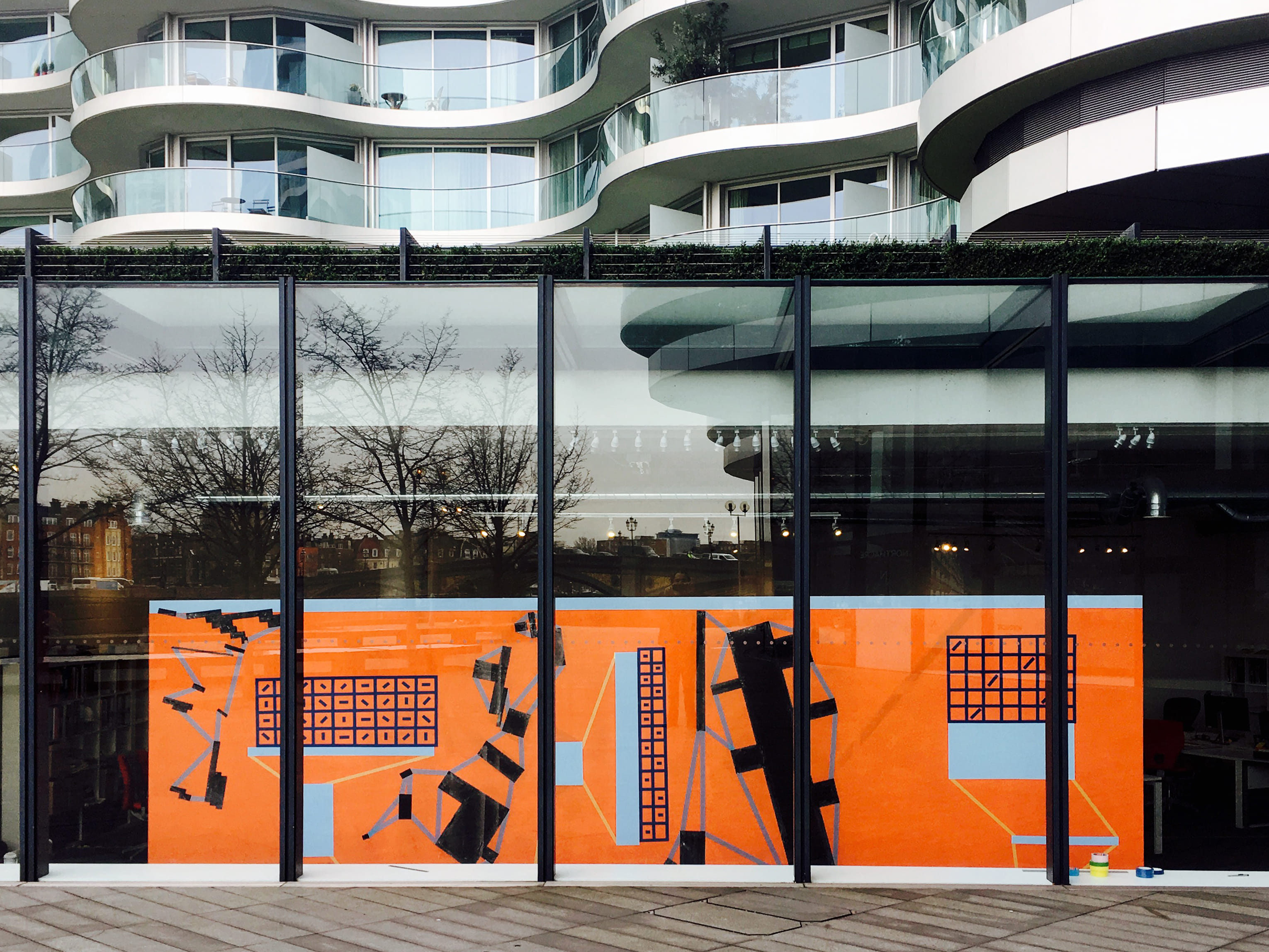 Tools of suprematism in progress 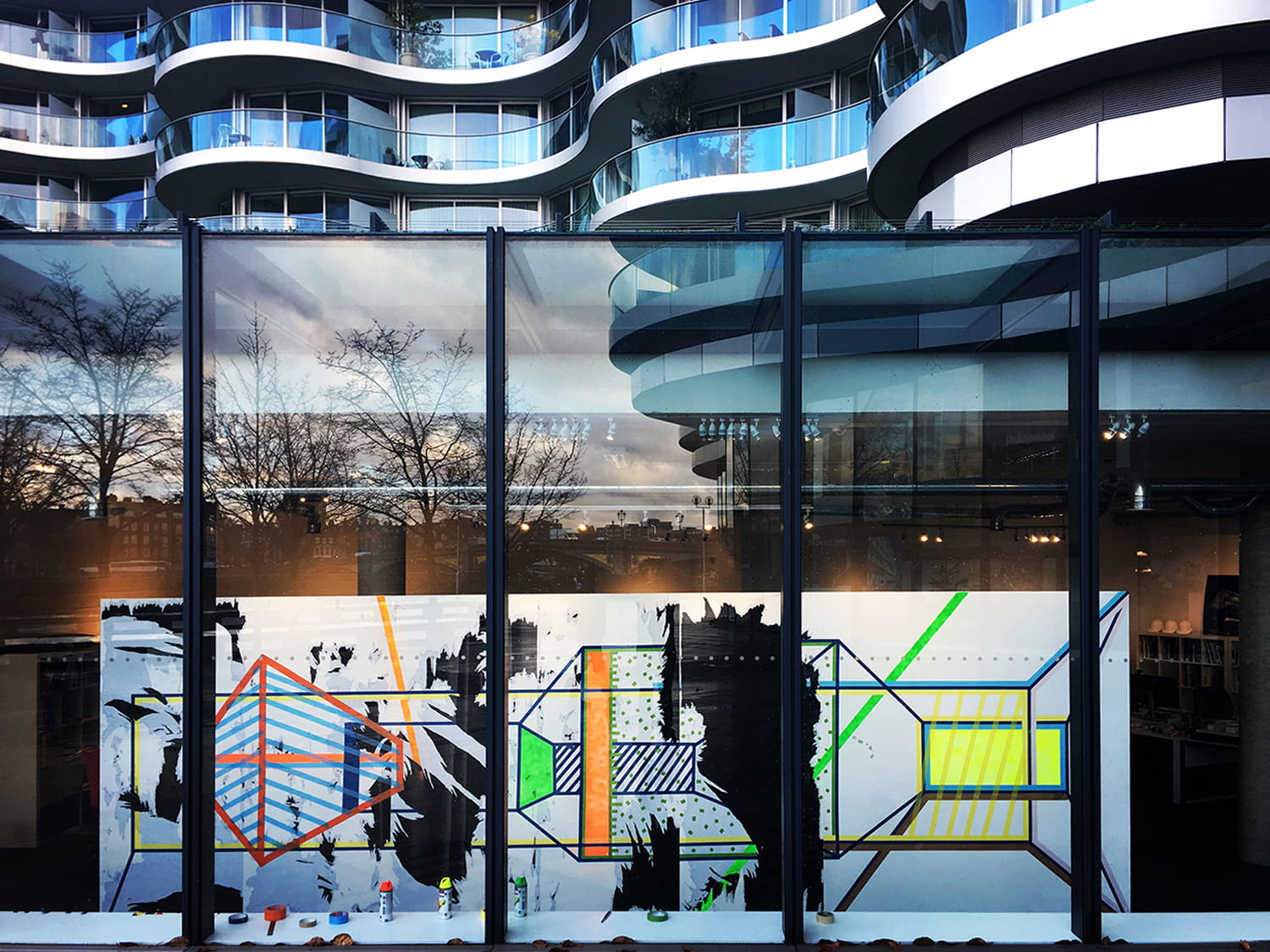 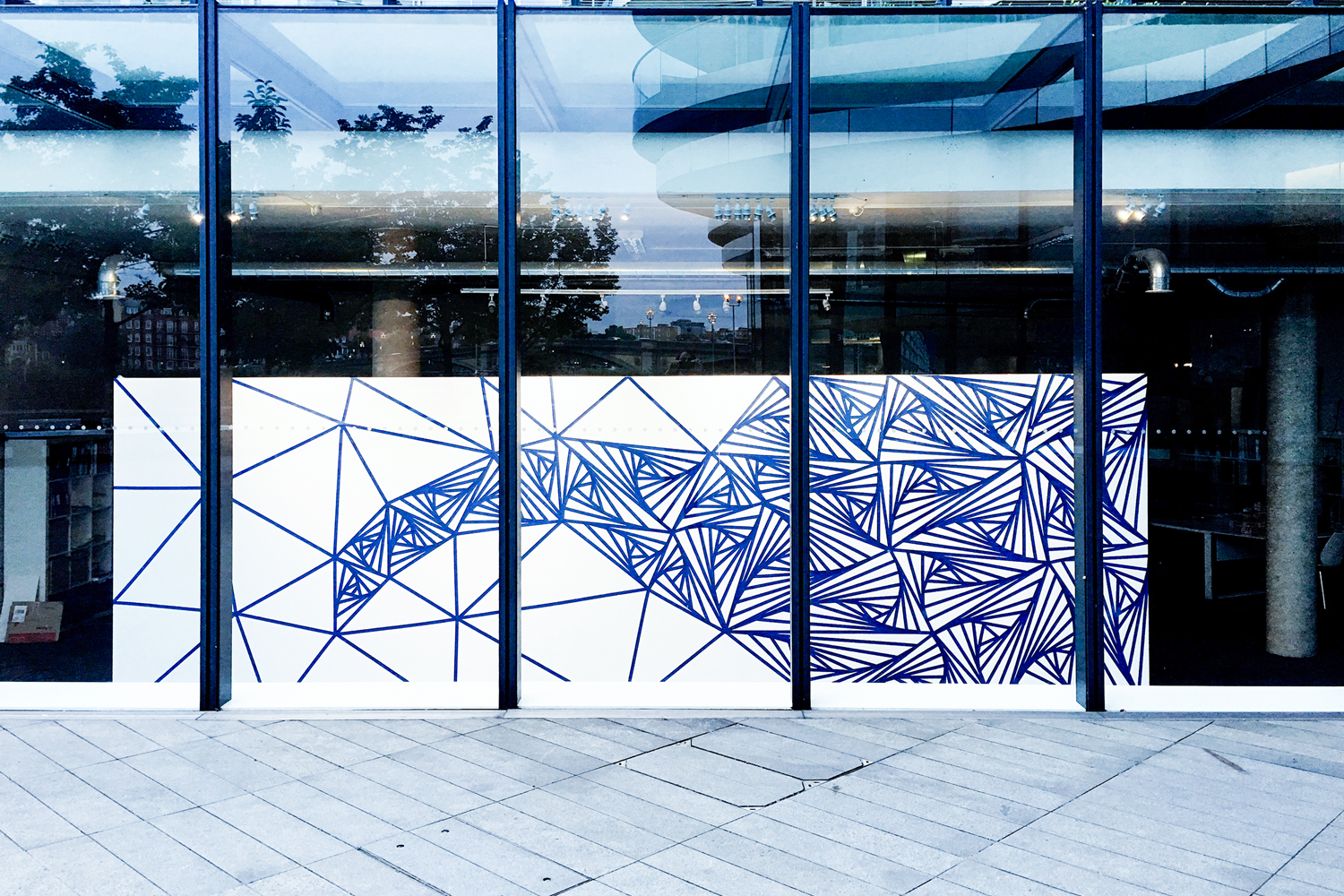